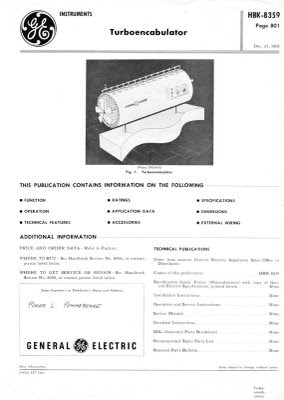 The Turboencabulator or turbo-encabulator is a fictional machine whose alleged existence became an in-joke and subject of professional humor among electrical engineers.

In 1946 one of the earliest references to the turbo-encabulator appeared in Time on, April 15, 1946 by Bernard Salwen, a New York lawyer working in Washington, DC. Part of Salwen's job was to review technical manuscripts. He was amused by the jargon and wrote the classic description of a non-existent turboencabulator.

Circa 1988 the former Chrysler Corporation "manufactured" the Turbocabulator in a video spoof. See external link in the bottom of this article.

Circa 1997 Rockwell Automation "manufactured" the renamed Retro-Encabulator in another video spoof. See external link in the bottom of this article.

The technical descriptions of all these turboencabulators remain remarkably similar over the years.

What an excellent 'prank'.