I Only Have BIG Eyes For You 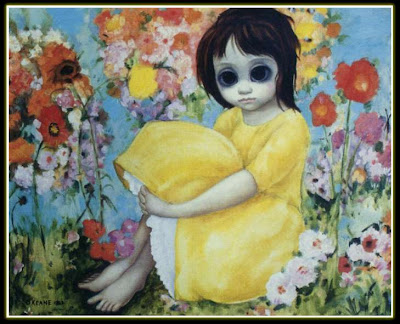 Margaret Keane (born 1927) is an American artist. She is an illustrator and painter, and mainly draws women and children in oil or mixed media. Her works are instantly recognizable (although often imitated) from the doe-eyed children that are depicted in the drawings.

Margaret D. H. Keane was born 1927 in Tennessee, a state in the Bible Belt. Margaret herself attributes her deep respect for the Bible and inspirations of her artwork to the relationship with her grandmother. She eventually became one of Jehovah's Witnesses, which she said changed her life most definitely for the better.

In the 1960s, Margaret Keane's artwork was sold under the name of her husband of the time, Walter Keane, her second husband. Many reasons might be put forward to explain this, but it was also one of the reasons they divorced. Not wanting to relinquish the rights to the artwork, Walter and Margaret's divorce proceeding went all the way to Federal court. At the hearing, Margaret painted in front of the judge to prove her point. Walter declined to paint before the court, citing a sore shoulder. In 1965, the courts sided with her, enabling her to paint under her own name. 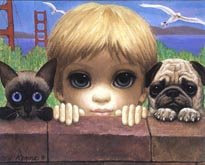