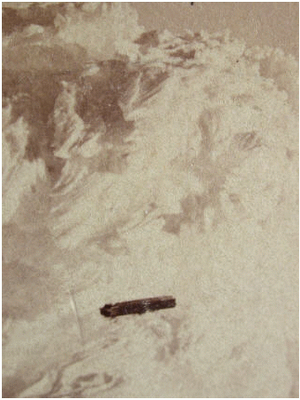 The Mystery Airships were a class of unidentified flying objects, the best-known series of which were reported in newspapers in western states of the U.S., starting in 1896 and continuing into 1897.

The reported ships were usually said to be a type of dirigible, and were usually differentiated from gliders or hot air balloons. The best-known wave of airship tales was largely confined to North America, but according to Jerome Clark, similar reports were made worldwide, early as the 1880s, and late as the 1990s. Of the 1896-1897 series of airship sightings, historian Mike Dash wrote,

Not only were [the Mystery Airships] bigger, faster and more robust than anything then produced by the aviators of the world; they seemed to be able to fly enormous distances, and some were equipped with giant wings ... The 1896-1897 airship wave is probably the best investigated of all historical anomalies. The files of almost 1500 newspapers from across the United States have been combed for reports, an astonishing feat of research. The general conclusion of investigators was that a considerable number of the simpler sightings were misidentification of planets and stars, and a large number of the more complex the result of hoaxes and practical jokes. A small residuum remains perplexing.

The best-known of the Mystery Airship waves began in California in 1896. Afterwards, reports and accounts of similar airships came from others areas, generally moving east.

Some accounts during this wave of airship reports claim that occupants were visible on some airships, and encounters with the pilots were reported as well. These occupants were said to be human, though their behaviour, mannerisms and clothing were sometimes reported to be unusual. One witness from Arkansas-- allegedly a former state senator Harris -- was supposedly told by an airship pilot (during the tensions leading up the Spanish American War) that the craft was bound for Cuba, to use its "Hotchkiss gun" to "kill Spaniards". (Jacobs, 10)

In one account from Texas, three men reported an encounter with an airship and with "five peculiarly dressed men" who reported that they were descendant from the lost tribes of Israel; they had learned English from the 1553 north pole expedition led by Hugh Willoughby.

At least two airship tales were taken as at least possibly genuine by generations of later ufologists: