Welcome to Weirdsville: The Wizard of War 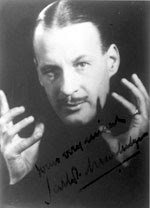 Jasper Maskelyn wanted to help. “You want to do WHAT?” said the British Army – or as their oh-so-polite upper crust officers probably put it: “Sorry, ol’ chap, but we don’t seem to have an urgent need for magicians right at this very moment –” But this was the Second World War and the British were losing, badly, to Rommel’s Africa corps and rather than just send him packing back to the floodlights of London they, instead, sent him into the desert to duel a local fakir.

See the British were losing so badly that they needed escape routes – and one of them was right through this certain tribe’s territory, and they were not about to grant these foreign devils permission to cross their desert.

Jasper Maskelyn was the son of Neville Maskelyn, who had taken many bows to thunderous applause, and HIS father had been the legendary John Neville Maskelyn, who – even today – is considered a genius of magic and illusion. Jasper, before hearing his call to duty, had been taking how own bows to roaring accolades. The fakir didn’t stand a chance.

They faced each other: Jasper straight off the boat from his distant home, the fakir dancing with fierce showmanship in front of his people – and the battle was joined. The fakir went first, beads and bells jangling and flashing in the so-hot desert sun, and with a great demonstration of sorcery and inhuman will took a spear from one of his greatest warriors and – to the shock and terror of almost everyone present – impaled himself.

Then it was Maskelyn’s turn. Did he pull a bouquet of paper flowers out of his hat? No. Did he saw a lovely Nubian princess in half? No. Did he ask these wild-eyed savages to ‘pick a card, any card?’ No – instead, Jasper Maskelyn, star of the London stage and a proud descendent of one of the greatest stage magic families of all time just calmly walked over to the fakir and whispered something into his ear. 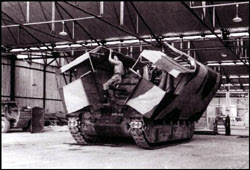 Shortly thereafter, the British Army had its safe passage – with the fakir’s blessing. What had Jasper Maskelyn whispered? Simple and powerful: He told the holy man that he knew how the trick had been done. No magician ever wants the audience to know how it was done.

Some people’s lives are so outrageous, so incredibly they seem like fantasy – and for Jasper Maskelyn that is wonderful appropriate. How better for this Wizard of War to appear to us, now, to be the stuff of myth and legend – almost like the tale preceding some great miraculous appearance or spectacular disappearance? 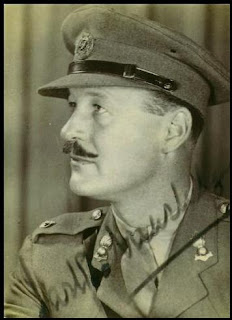 “Ladies and gentlemen, before your very eyes, courtesy of the British Army (grudgingly) the legendary, the amazing, the fantastic prestidigitations of that Wizard of War, Jasper Maskelyn. SEE him hide the Suez Canal. SEE him move Alexandria Harbor. SEE him trick the Desert Fox himself, Rommel, that the entire British Army was in the South when it was really in the North. SEE him turn trucks into tanks and tanks into trucks – and merchant ships into battleships. SEE him change the face of war FOREVER.”

No magician wants his secrets told – like that fakir in the desert, I’m sure in some ways Jasper Maskelyn wouldn’t want us know exactly how it was that he performed his miracles of the battlefield. Well, while I am usually one to honor the memory of the legendary, I have to risk insulting this Wizard of War ... more than anything because it was his fantastic innovations and flat-out innovative genius that makes what he did so incredible.

The Germans were planning on bombing the very strategically important port of Alexandria. Funny thing about aerial bombing – in the desert, at night – you have very little to go on as far as points of reference. So Maskelyn went out into the bare desert next to the great port and set up hundreds of lights and even fake flashes of what the pilots would take to be exploding bombs. When the German’s flew over the blacked-out city they took the lights in the desert for the town – and bombed the empty sands. Realizing the German’s might realize the mistake in the morning, Maskelyn also constructed fake damage for the real down, paper mache rubble and wreckage. The German’s saw what they wanted to see: a bomb-blasted port.

Maskelyn's inventiveness was awe-inspiring. Another thing, you see – or rather the German's didn't see – was that out there in the hot, flat, dry there aren't a lot of reference points. A tiny truck that could cast a shadow the approximate size and shape of a real one was indistinguishable from a full sized one from the air. So Maskelyn and his Magic Gang created a whole miniature Army of tanks, trucks, troops, and even pipelines out of bulrushes and whatever the British Army had laying around. Though had the Nazi's been flying over at one point they would have seen the surreal sight of Maskelyn and his gang chasing a wicker-work locomotive that had managed to get swept up by a stern breeze. 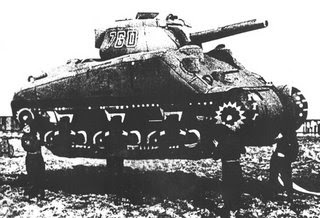 So how DO you hide the Suez canal? Nothing up my sleeve ... presto. There you are, hotshot Africa Corp bomber cruising along looking for this very important strategic point when what do you see but rather than a neat line in the desert but rather a crazy cascade of rapidly flashing lights. Not being able to see anything clearly, let alone that narrow band of water, the German's bombed the desert flat – and never touched the all-important canal.

One of Maskelyn's true genius touches was in using bad camouflage. He'd do such nasty tricks on those bad, ol' Germans ... like that gun emplacement over there – the one that looks so 'obviously' fake: gun barrel from a telephone pole, 'armor' that was actually billowing in the wind – fake, yes, until Maskelyn would replace the empty 'bad' camouflage with, say, a real gun emplacement outfitted with tacky window-dressing – and the Germans got several nasty surprises.

But the Magic Gang didn't save all their tricks and illusions for the enemy. Realizing the need for secrecy from both his own forces as well as the curious African allies, these illusionists bobby-trapped their own Magic Valley with all manner of devilish hocus-pocus. Step on the wrong spot, put your nose where it really shouldn't belong and you might, say, be enveloped in smelly fog, or find yourself facing some horrific, screaming specter. Maskelyn and his Gang, needless to say, were left alone.

To give you an idea about how much Maskelyn and his Magic Gang changed the course of modern warfare ... well, I can't – and that's what's so telling: much – a tremendous amount, in fact – of what Maskelyn and his illusionists did are still TOP SECRET. While it's true that no magician wants his tricks revealed, it's sad that Maskelyn still can't take the bows he so richly deserves. Ah, but then we did win the war, after all – what applause could top that?

So much has been made of Hitler's obsession with such practices as Astrology and with mystical artifacts – dark magic ran deep through the hideous veins of the Nazis. Yet, the true Wizard of War wasn't an evil sorcerer – but rather a mischievous British stage magician ... with more than a few tricks up his sleeve.
Posted by mchristian

I have a copy of an older paperback book about this man. He was a true genius; this article gives a lot of info, but the book if filled with the kind of stories and details that will hold the interest of anyone who is a magic fan, a war buff. The book is "The War Magician," by David Fisher; published by Berkley Book, or Berkley Publishing Group. Printed in 1983. Great reading!

I have also read his autobiography. The Fakir faked was in fact an Arab trained as an agent by Laurence of Arabia, who in turn had been trained by John Neville Maskelyn, his grandfather, to add some showmanship to his military talents.

It's rather a shame that with the decline of theatrical magic in hte '50s and '60s Maskelyn spent his last years as a driving instructor in, I believe, Tanzania.

The word is "losing" not "loosing". If you spell it with a double '"o" like that it means to shoot an arrow or otherwise set something loose, not to lose.

The professional author says: CRAP! I always make that mistake I've fixed it.