The Bird-Brained Missiles Of B. F. Skinner 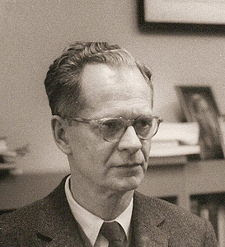 The control system involved a lens at the front of the missile projecting an image of the target to a screen inside, while a pigeon trained (by operant conditioning) to recognize the target pecked at it. As long as the pecks remained in the center of the screen, the missile would fly straight, but pecks off-center would cause the screen to tilt, which would then, via a connection to the missile's flight controls, cause the missile to change course. Three pigeons were to control the bomb's direction by majority rule.

Although skeptical of the idea, the National Defense Research Committee nevertheless contributed $25,000 to the research. However, Skinner's plans to use pigeons in Pelican missiles was considered too eccentric and impractical; although he had some success with the training, he could not get his idea taken seriously. The program was cancelled on October 8, 1944, because the military believed that "further prosecution of this project would seriously delay others which in the minds of the Division have more immediate promise of combat application."